The Region of Western Greece as a conclusion of the European Project “Authentic Olive Net” held a very successful two days event on Friday the 18th and Saturday the 19th of March, on the Gourdoupis Estate in the Chalandritsa area of Patras. During the event a product exhibition of the olive oil producers who participated in the project also took place. On Friday the 18th , the participants (representatives of scientific agencies, olive oil producing companies and producers) had the opportunity to watch interesting
presentations about the bioactive ingredients of olive oil, their contribution on the consumers’ health, as well as statistical analytics about the production, the consumption and the commercial use of olive oil in Greece, as well as internationally. 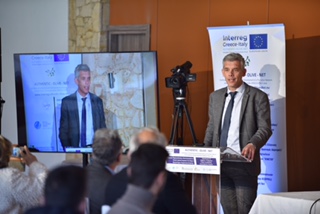 After the conclusion of the presentations, an olive oil taste event took place, supervised by Mr. Katsaris Panagiotis an Agriculturalist – Biotechnologist, who is a member of the special scientific stuff of the EL.GO. Dimitra Organization.

All the project participants presented in an analytical way the actions, the olive oil authenticity certification tools and the results of the project, which will become an extremely useful tool for those who are connected with the cultivation, the production, the standardization and the distribution of olive oil. 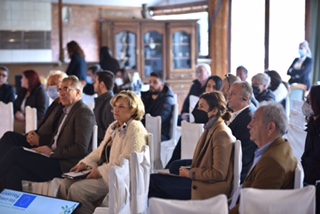 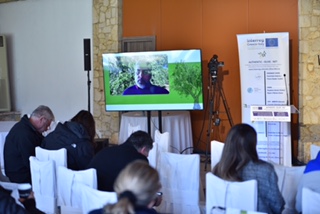 The Deputy Governor of Entrepreneurship Research & Innovation Fokion Zaimis stated that it is of great importance the capitalization of the results of the “Authentic Olive Net” project, in a counterpart European project which can follow, in order to create a data bank for the olive oil varieties, emphasizing on local varieties of Western Greece, in order for
them to be rescued, promoted and utilized. 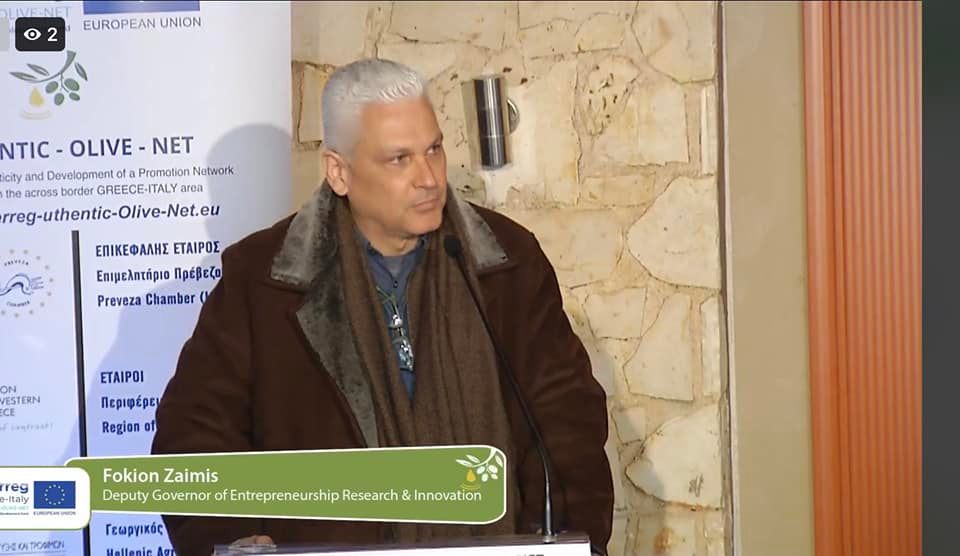 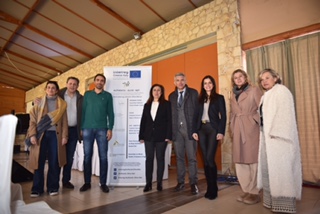 It was of particular interest the Capitalization Workshop, during which the implementation of the data and also of the results of the project was thoroughly discussed, in order for the innovative network for promoting the comparative advantages of olive oil varieties of the Greece – Italy region, which was analyzed during the project, to evolve in support of olive oil producing companies.

A primary target is to expand the network and in the long run to include producers and companies from a broad spectrum of different olive oil varieties. Furthermore, the future prospect and verification methodology of the authentication of olive oil, as this was analyzed during the project was discussed, so that the existing quality verification process is legally fortified. 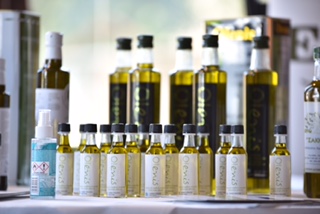 Enthusiastic person with a solid experience in programming, always curious about technology advancements and innovation, and dedicated in creating value for users, customers and society. Willing to engage into new opportunities in collaborative environments and eager to contribute to various projects and challenges.
Anastasios is currently doing his MSc in Data Driven Computing & Decision Making at the University of Patras. Through his MSc, he wants to facilitate our societies leverage innovative technologies.

Not a member yet? Register now

Are you a member? Login now

We use cookies on our website to give you the most relevant experience by remembering your preferences and repeat visits. By clicking “Accept”, you consent to the use of ALL the cookies.
Cookie settingsACCEPT
Manage consent

This website uses cookies to improve your experience while you navigate through the website. Out of these, the cookies that are categorized as necessary are stored on your browser as they are essential for the working of basic functionalities of the website. We also use third-party cookies that help us analyze and understand how you use this website. These cookies will be stored in your browser only with your consent. You also have the option to opt-out of these cookies. But opting out of some of these cookies may affect your browsing experience.
Necessary Always Enabled
Necessary cookies are absolutely essential for the website to function properly. These cookies ensure basic functionalities and security features of the website, anonymously.
Functional
Functional cookies help to perform certain functionalities like sharing the content of the website on social media platforms, collect feedbacks, and other third-party features.
Performance
Performance cookies are used to understand and analyze the key performance indexes of the website which helps in delivering a better user experience for the visitors.
Analytics
Analytical cookies are used to understand how visitors interact with the website. These cookies help provide information on metrics the number of visitors, bounce rate, traffic source, etc.
Advertisement
Advertisement cookies are used to provide visitors with relevant ads and marketing campaigns. These cookies track visitors across websites and collect information to provide customized ads.
Others
Other uncategorized cookies are those that are being analyzed and have not been classified into a category as yet.
SAVE & ACCEPT